We’re proud to be attending and sponsoring the Australian Princiapls Federation’s  (APF) Professional Development and Annual General Meeting again this year. This year’s event is cemented around the theme of ‘Your Life Is On The Line,’ according to Assoc Prof Philip RiOH. His data shows alarming trends. Let him tell you the thruth about your […]

The results of the second full quarter of Australia’s Notifiable Data Breaches (NDB) scheme, has again ranked the Education sector as fourth in the number of data breach notifications between 1 July and 30 September.  Published by the Office of the Australian Information Commissioner (OAIC), the report captures statistical information based on notifications received by OAIC under the […] 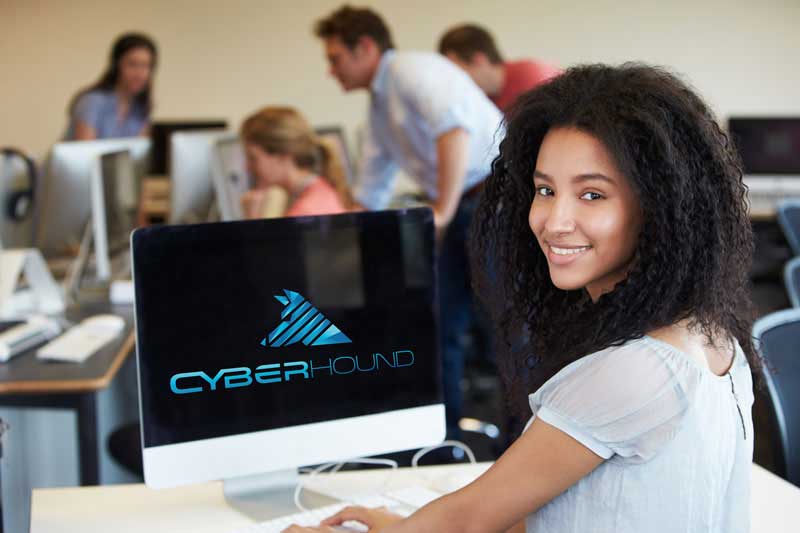 CyberHound takes a bite out of American market

Recent data from the Cyberbullying Research Center shows that 34% of American students have experienced cyberbullying.   A leading Australian cybersecurity company is seeking to create safer places for students and staff by providing a unique solution that protects schools’ digital playgrounds. CyberHound, a cybersecurity and learning enablement provider, is addressing the need for specialist education-focused cybersecurity by […]

Schools across Australia are increasingly turning to social media and online surveillance technology to combat threats to student welfare, such as cyberbullying. The increase in the use of online monitoring tools follows a similar trend in the US, and comes as education departments continue to grapple with an online bullying epidemic in schools awash in […]

Technology plays an increasingly important role in educating students. Cyber attackers are aware of this and are exploiting vulnerable networks and individuals. In recent research data from NTT Security, the education sector ranked as the number one target of cyber attackers (26 percent). Education outranked sectors such as technology (17 percent), finance (13 percent), government (13 […]