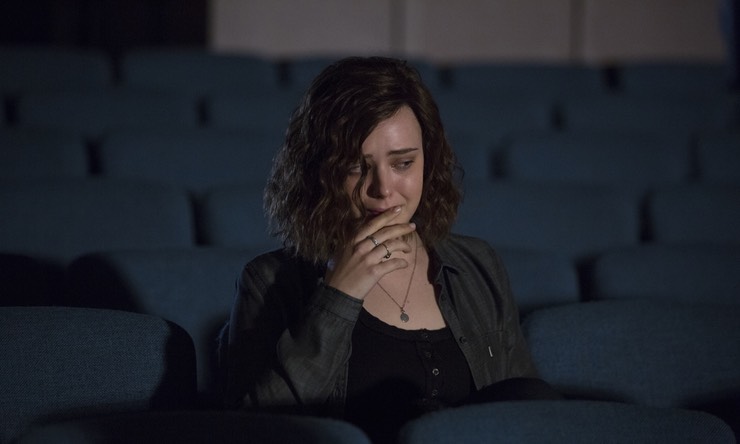 Searching For Self Harm

Being a young adult is a tough time. When starting in school there is the angst caused by any number of personal fears and external pressures from exams to peers.

For some, the pressure is too great and they look for ways out of their situation. Their chosen options can cause long lasting and community wide ramifications.

The Growing Up in Australia: Longitudinal Study of Australian Children (LSAC), is a long term Australian Institute of Family Studies research project following the development of 10,000 children and families from across Australia.

LSAC data released by the Institute in August 2017 showed high rates of self harm and suicidal behaviour among Australian teenagers.

The study found that ten percent of those aged 14 to 15 had self-harmed in the previous 12 months, and five percent had attempted suicide.

The Institute’s Director, Anne Hollonds said the study – involving 3,318 teenagers from LSAC – found that girls were at greater risk of self-harm and suicide than boys.

“A quarter of 14-15 year-old girls in the study said they had thoughts about self-harming and 15 per cent had self-harmed in the previous 12 months,” Ms Hollonds said.

“The findings indicate that self-harm and suicidal behaviour among Australian teenagers is a serious and often hidden problem that may be under-recorded in official statistics.”

“The majority of incidents do not come to the attention of health services, or parents and friends.”

“For example, of those who had attempted suicide, only 16 per cent had received any medical treatment.”

Ms Hollonds said the findings underline the need for community education and preventative strategies to support young people and their families.

“Health services and schools need to be aware of the risk factors and to support parents and friends to know how best to respond if they are concerned about a young person,” she said.

“Caring for our young people at this vulnerable stage of life is a whole-of-community responsibility.”

Pressures facing young adults morph, but continue after finishing school when they enter the ‘real world’ – with the stress of relationships, jobs and finances to name a few.

Often adding to the anxieties faced by young adults is the ease in which they can find all manner of things, good and bad, on the internet within a few taps and swipes on readily available smart devices.

With so much pressure on today’s youth and a whole world of information at the fingertips, there is an increasing number searching for information on suicide and self-harm on the internet.

In a UK study published in the October 2015 Journal of Affective Disorders, 3,946 young adults were asked about their internet use relating to suicide and self-harm.

Caring for our young people at this vulnerable stage of life is a whole-of-community responsibility.

The UK study concluded that suicide and self-harm related internet use is common amongst young adults, particularly amongst those with suicidal thoughts and behaviour. Both harmful and helpful sites were accessed, highlighting that the internet presents potential risks but also offers opportunities for suicide prevention.

CyberHound is protecting vulnerable young adults by ensuring harmful behaviours are identified and those at risk are appropriately provided with timely support from school leaders. Find out how CyberHound’s behavioural analytics ClearView technology positively impacts young lives by visiting the Student Welfare page.