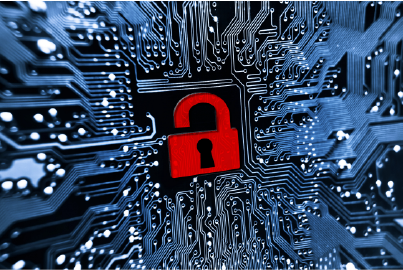 Australia is emerging as a hotspot for economic crime, with organisations struggling to come to grips especially with cybercrime.
The revelations from the PricewaterhouseCoopers 2016 Global Economic Crime Survey highlight the extent of the problem in Australia, with 52 per cent of organisations experiencing economic crime in the last two years.

The numbers are higher than the global average of 36 per cent and, according to the survey, the frequency of incidents in Australia is also on the rise with 30 per cent organisations experiencing more than 100 incidents.
That number is again significantly higher compared to only 9 per cent of global respondents experiencing the same volume, and cybercrime is proving to be a major source of attacks.

Cybercrime is now the number one economic crime in Australia followed by asset misappropriation and procurement fraud.

“The types of economic crime most commonly experienced remains consistent with previous years, but we are dealing with an increasingly complex economic crime environment driven by cyber threats,” Mr Shackell said.

The rise of cybercrime as the number one headache for local businesses not only reflects the digital transformation underway across organisations but also their lack of preparedness. Australian organisations experienced cybercrime at double the global rate, with 65 per cent experiencing cybercrime in the last 24 months, with more than one in 10 reporting financial losses of over $1 million. Despite the heightened threat levels, only 42 per cent of Australian organisations in the survey had a fully operational incident response plan and only 40 per cent described their first responders as fully trained.

PwC cyber partner Richard Bergman said that while businesses were more aware of the dangers few were comprehensively equipped to deal with an attack.

“As a result, cybercrimes may be going undetected and when they are being picked up, response teams may be overlooking evidence and therefore limiting their organisation’s ability to prosecute,” Mr Bergman said. Money laundering is also on the rise, with Australian organisations hampered by underinvestment in anti-money laundering and counter terrorism financing technology when compared to global peers.

The biggest deficiency highlighted in the survey is the lack of a proactive approach. Only 7 per cent of Australian organisations are using sophisticated monitoring approaches — such as data or predictive analytics — to prevent and detect economic crime.

“The high rate of economic crime exposed in part reflects our serious approach to reporting but given we are lagging on early detection mechanisms, it reflects our reliance on doing what we have always done,” Mt Shackell said. “We need to embed resilience and that means moving away from reliance on reactive detection methods.”